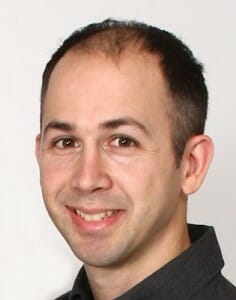 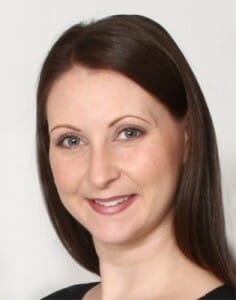 How to Produce Multilingual Websites and Video

“Oh, no! The translated text is longer than the original. It won’t fit into the video. What are we going to do?”

Back when I worked at an agency, one of our clients was Mobile Medical. They built mobile hospitals and they were pitching a solution to the Saudi Arabia Ministry of Health. Our job was to create a promotional video in English and Arabic.

We started with the English version, then had the script translated, and had to build the Arabic version of the video. We discovered when we went to record the Arabic voice-over that the Arabic translation was longer than the original English! But the video had been finalized and approved. What could we do? We slightly increased the speed of the voice-over while maintaining the pitch so it didn’t sound like Mickey Mouse! And we were able to squeeze in the voice-over.

I knew that French always translates longer from English but I didn’t know that it was the same for Arabic.

Since then, I’ve worked on many multilingual videos and, websites, and print designs. Each medium has its own challenges (maybe opportunities?) and I’d like to tell you about them in case you need to work in multiple languages.

Firstly, it helps to know ahead of time if you’re going to be creating multilingual media. It means you can design in the ‘longer’ language first. For clients working in English and French, I have recommended to make the French version first. Using less space for headlines in English is typically easier than trying to squeeze in longer French headlines and copy. Of course, if your first language is English, then you may not be prepared to work that way. Another option though, would be to work out the English text, get it translated, and then design the French version first.

When building a multilingual site, you can:

Both approaches have their advantages.

The advantages of a single site containing multiple languages:

The advantages of a second standalone site:

Because we can clone a site pretty quickly, it’s actually easier to build a second, stand alone second language site rather than having a single site with both languages. But if you’re looking at maintenance, you need to balance maintaining two simpler sites vs maintaining a single, more complex site.

I’m currently wrapping up building the French language version of the Bird Gardens site. I discussed both approaches with the client and in the end, they opted for the single site with both languages. You can take it for a spin here.

A few ways to go here:

The approach that works best for you really depends on the translator you’re working with.

A few ways to go for creating multilingual videos:

I’ve shot and edited videos with all three approaches and again, it really depends on who’s involved in the production. I shot a video for Bell Canada where the client team was bilingual so not only did they provide the translation but the same person was able to provide English and French voice-overs. But that’s a rare luxury.

In most cases, I’ve developed a script in English, shot and edited the English version, and then created other language versions.

As I learned working on the Mobile Medical video, I now recommend creating the video in the ‘longer’ language first if possible.

Here again, I strongly recommend designing in the ‘longer’ language first. That might mean writing in your native language, translating, and then laying out the graphic design. In print design, we face many of the same issues as in web design. In print, however, we can better fine tune and adjust the design since we don’t have to accommodate a variety of screen sizes and devices as in web.

I recommend finding a strong translator. It might be tempting to use free tools like Google Translate but these do a poor job of translating the intended meaning. A qualified, trained translator will always provide a better translation that captures your intent and not just the surface-level meaning of the words.

Need a translator? I’ve worked with and recommend my client Velez Translations.

Providing multilingual content allows you to speak to your audience in their own language. But it needs to be done well and with quality translation otherwise it risks alienating the very people you are trying to reach. Each medium is unique in how you can communicate with it and how you need to provide multilingual content. Careful attention to those challenges will allow you to deliver the best communication you can.

Don’t think of the translated version as an afterthought or an obligation. Having media in their own language matters a lot to your audience. Delivering well designed and translated media will allow you to reach them.

Stuck in the Woods with COVID and Slow Internet
Caching Demystified
Primer on Sending Email Newsletters
Does your site need to be accessible?